I love this 90 minutes interview and think you will too. It’s something to came back to again and again.

“Let me introduce you to yourself”

“We are all temps”

“We are all somebody”

Wide ranging and always inspirational and words for all artists. 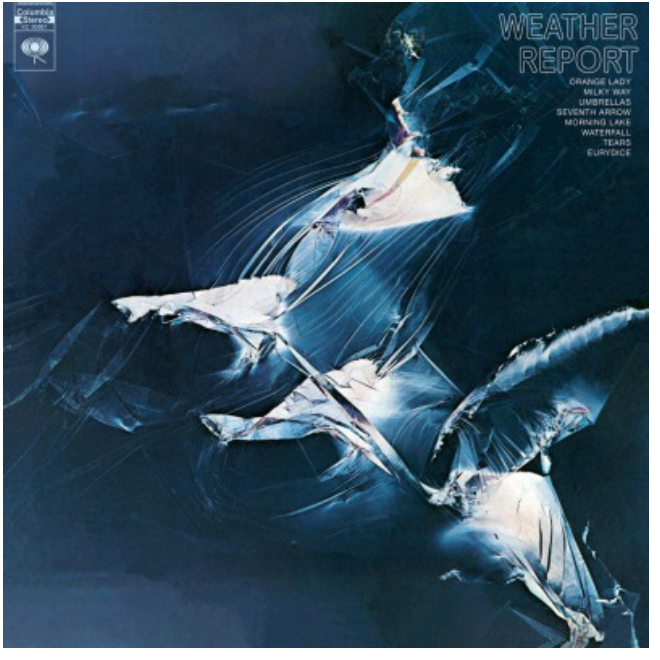 ….was a very important group, essentially co-led by Josef Zawinul and Wayne Shorter and which stayed together for many years until Shorter’s departure in 1986. https://en.wikipedia.org/wiki/Weather_Report

Here a couple of great videos from important times in the groups history.

Weather Report was originally a three person project, with the great Czech bassist Miroslav Vitous being the third member. Vitous’ tenure was short lived but to some, including myself, provided the most creative moments in the first two records the band put out, Weather Report and I Sing the Body Electric. Here’s a classic video of the band, in 1971, with most of the original lineup- Shorter, Zawinul, Vitous, along with Alphonze Mouzon, drums and Dom Un Ramao, percussion (Airto Moreira appears on the first record and Mouzon was replaced by Eric Gravatt on the second, so this is right in the beginning.

The band most people think of as Weather Report had Jaco Pastorius on bass, along with Alex Acuna, drums and Manola Badrena percussion. Among other recordings, the album Heavy Weather was widely loved. Here’s a good example of the band from that period, 1976 or so, with Jaco Pastorius a relatively newcomer.

Of course both were great, but clearly different, and each represented a big change at the time. To me, I really enjoy the organic feel of the first Weather Report the most, but that’s my opinion.

How do I develop my ear? answer it – use it or lose it!

More specifically, how do I stay actively engaged and avoid auto-pilot?

Aside from self evident, circular responses, here are two major answers:

Students often ask the best way to learn tunes. First of all, I would say that you should expect that it will take a lot of repetitions over a few days to know a tune. Don’t feel badly if you are not retaining everything. The main thing is to keep after this on a regular basis. It’s the regularity, force of habit that will make the difference long term. Playing a new tune in all the keys will open everything up, including the melody itself, the rhythm, the intervallic structure and harmonic implication, as well as the harmonic rhythm, fundament bass-line the form. If you can do the same tune every day for a week you will know it in a much deeper way and your retention should improve.

Of this works better if you have a recording in mind that you love, but I think both experiences are key, meaning the recording itself, and your interaction with it, and the act of taking the tune through all the keys. That said it would also be great working from a lead sheet alone, a way of putting yourself into it more.