….was a very important group, essentially co-led by Josef Zawinul and Wayne Shorter and which stayed together for many years until Shorter’s departure in 1986. https://en.wikipedia.org/wiki/Weather_Report

Here a couple of great videos from important times in the groups history.

Weather Report was originally a three person project, with the great Czech bassist Miroslav Vitous being the third member. Vitous’ tenure was short lived but to some, including myself, provided the most creative moments in the first two records the band put out, Weather Report and I Sing the Body Electric. Here’s a classic video of the band, in 1971, with most of the original lineup- Shorter, Zawinul, Vitous, along with Alphonze Mouzon, drums and Dom Un Ramao, percussion (Airto Moreira appears on the first record and Mouzon was replaced by Eric Gravatt on the second, so this is right in the beginning.

The band most people think of as Weather Report had Jaco Pastorius on bass, along with Alex Acuna, drums and Manola Badrena percussion. Among other recordings, the album Heavy Weather was widely loved. Here’s a good example of the band from that period, 1976 or so, with Jaco Pastorius a relatively newcomer.

Of course both were great, but clearly different, and each represented a big change at the time. To me, I really enjoy the organic feel of the first Weather Report the most, but that’s my opinion. 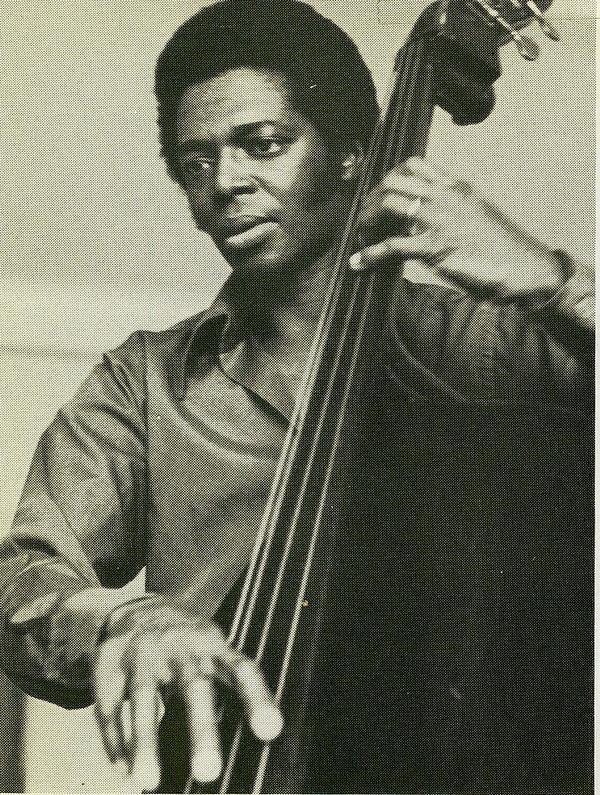 I always loved Jimmy Garrison’s playing, it was really unique and so innovative. He was of course the perfect bassist for the John Coltrane Quartet, and there are many classic recordings you should know, like A Love Supreme, Crescent, Impressions, and Live at Birdland. Here are a couple of lesser known track you will enjoy.  His rhythmic innovations are with us all!

First, the Beautiful Dear Lord, from Transition.  The link mistakenly identifies the drummer as Roy Haynes, while it is most certainly Elvin Jones.

Here’s a live video of I Want to Talk About You, with some pretty good sound and a chance to see Jimmy and the group!

And last but not least, Impressions from the television show Jazz Casual. Check out Jimmy’s solo!

I think we are all aware of Ron’s importance to all playing the bass. In particular, his days with one of the greatest of all jazz groups, Miles Davis’ 2nd quintet, with one of the most important rhythm sections, cemented his position in history. Across the recordings he doesn’t play many solos, but he is a key element in the groups, and studying that work is key for all bassists.

This is an interesting video of the group playing some more standard . Note Carter’s solo on Autumn Leaves, in the fact that it’s out of tempo. This is something I remember a lot of bassists doing when I was coming up, as Garrison did in Impressions from post.

I’ll close with a couple of examples of Ron’s section playing. His recorded sound is really something.

Herbie Hancock Speak Like a Child. Check out the slides and fills:

and Riot from the same record, wow!

Windows, from Sweet Rain by Stan Getz, with Chick Corea and Grady Tate.

And the original version of Wave. Note the bass line, good to know, different than the Real Book. This is the full album many great tunes, including Triste and Look to the Sky.